Native Forward, the largest direct scholarship provider to Native Students in the U.S. for over 53 years, encourages more philanthropic leaders to adopt Scott’s approach of “adding value by giving up control”

ALBUQUERQUE, N.M., Dec. 18, 2022 /PRNewswire/ — Native Forward Scholars Fund, previously known as American Indian Graduate Center, the oldest and largest direct scholarship provider to Native scholars in the U.S., is celebrating MacKenzie Scott‘s unique philanthropic approach of “adding value by giving up control.” After Scott announced her intention to give away most of her fortune in 2020, Native Forward was among the first group of 116 organizations driving change. 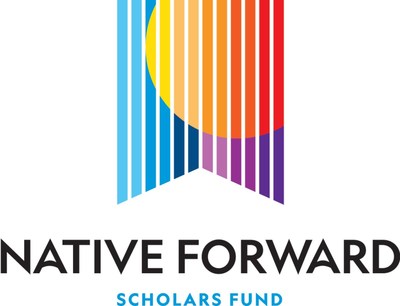 “Scott’s interest in trust-based philanthropy and her passion for equity have empowered our organization and the students we serve more than we could have ever imagined,” said Native Forward CEO Angelique Albert. “We are hopeful that other philanthropic leaders will take a cue from Scott’s philosophy and contribute to nonprofits with the trust that they know how to best serve their communities.”

During its 53 years, Native Forward has empowered over 20,000 Indigenous students from over 500 Tribes in all 50 states with financial aid, as well as holistic support throughout their college journeys. Its alumni are among the country’s most powerful and influential Native leaders, including U.S. Secretary of the Interior Deb Haaland and Kim Teehee, who could become the first Cherokee delegate to the U.S. Congress.

Native Forward, which recently opened a new headquarters in Albuquerque, New Mexico, in February will hold a Hall of Fame ceremony in Washington, D.C., honoring some of the most impactful Native leaders in the country whose advocacy and financial contributions continue to empower generations of Indigenous students.